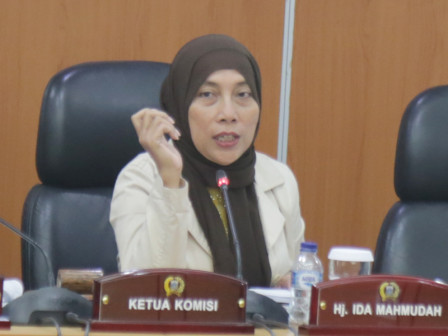 Jakarta Dept. of Environment's Recycle Center budget which is proposed in the 2020 budget priorities and preliminary threshold (KUA-PPAS) was agreed by Jakarta City Council.

" We approve its Rp 3 billion proposal for operational, maintenance, and so on"

Jakarta City Council's Commission D Head, Ida Mahmudah, explained the Recycle Center has been constructed above 700 meter square land in Pesanggrahan, South Jakarta. This project will be the role model for recycling the waste.

"We approve its Rp 3 billion proposal for operational, maintenance, and so on," she said, Monday (11/4).

Meanwhile, Jakarta Head Dept. of Environment, Andono Warih, stated waste management is included in Regional Strategic Activity (KSD) as it is focused for 2020.

"This year, we cooperate with Japanese Government. They prepare the Recycle Center. The device is targeted to operate early next year," he closed.