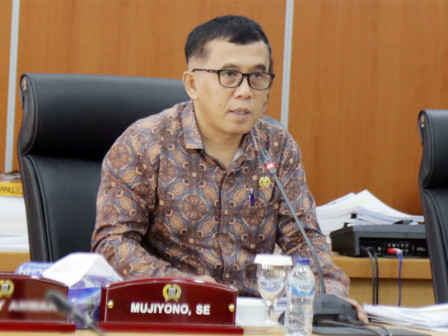 Commission A Chairperson, Mujiono conveyed, total number of fire post in Jakarta is still not ideal because not all urban villages and sub-districts have it.

"But the problem is not enough space to provide fire disaster rapid response fleets," he expressed at Jakarta DPRD Building, Thursday (10/31) night.

Related to this problem, his side said that they can optimize Jakarta Government's assets that haven't utilized properly.

"It needs communication across Regional Apparatus Organizations. Because RTH is possible to be used for that needs," he asserted.

He also emphasized the importance of fire preventing and handling in densely populated area. According to him, it is not enough to only provide independent hydrant. Gulkarmat should innovate by utilizing the recent technology.

"Technology can ease our work. There are many other technology that can be used if we want to innovate. It should be supported with skilled human resources and adequate and sophisticated equipment,"  he explained.

In the other hand, Jakarta Gulkarmat Head, Subejo informed, his side has built 116 fire post throughout Jakarta.

"It is not the ideal amount. Actually, each urban village should be equipped with fire post. But, it is still hampered due to limited land," he said.

Regarding to this, his side has cooperated between sectors, institutions, and private sides to add more fire post.

"We have cooperated with Land Spatial Planning and Build Work (CKTRP) Department to provide fire post on the all existing public housing," he added.

Until October 2019, he continued, his side has built independent hydrant in 18 locations. Next year, his side plans to build it in two other locations.

"Those will be placed in Ulujami, Pesanggrahan, South Jakarta and Krukut Urban Village, Taman Sari, West Jakarta," he mentioned.

According to him, fire handling is not only Gulkarmat's responsibility but also all components of society. Thus his side empowers citizens by prioritizing fire handling training and disaster mitigation for them.

"Our number is nothing compared to Jakarta citizens, moreover there are more problems on the field, such as traffic and road access. Thus we need to empower the citizens," he asserted.