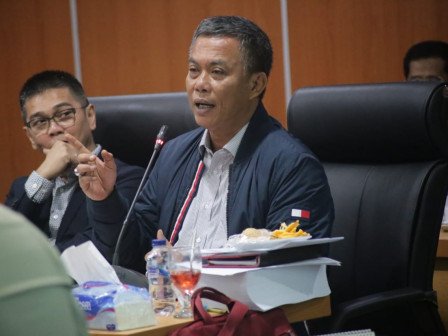 The Jakarta Legislative Council (DPRD), discussed the 2020 budget priorities and preliminary threshold (KUA-PPAS) along with the executives until midnight, on Wednesday (10/30). The discussion itself started around 10 AM to 10.30 PM.

" Besides having a budget function, we also run a supervisory function"

Jakarta DPRD Chairman Prasetio Edi Marsudi said that the legislative was committed to discussing the KUA-PPAS seriously and thoroughly.

"Besides having a budget function, we also run a supervisory function. That means if there are proposals that need to be evaluated, surely we we'll correct it," he expressed.

He added human error could happen during the budget input process thus the legislature would do its functions to question and remind.

"This budget is public money, so its use must be accounted for. Which is why we prioritize transparency," he asserted.

Jakarta DPRD's Commission D Secretary Syarif expressed that the discussion was held until midnight, as it was important and a requirement. Moreover it was targeted to be completed by November 30.

"The presentation is good. To support acceleration, we involve the regional working units (SKPD) and they must be ready. We want to have material that is presented two or three days before the meeting," he explained.

His party appreciated all elements of the leadership and members of the legislative and the executive who had worked hard to complete the discussion.

"We certainly share our inputs and criticisms, including about sidewalk arrangement. We ask for a master plan to be sent soon, including the Public Housing and Settlement Agency related with community action plan (CAP) and collaborative implementation program (CIP)," he explained.

Its discussion had to be done in detail and carefully, as it is associated with a large nominal budget. So, it takes a long time.

"We are very committed to taking the time and giving thought during the discussion," he closed.