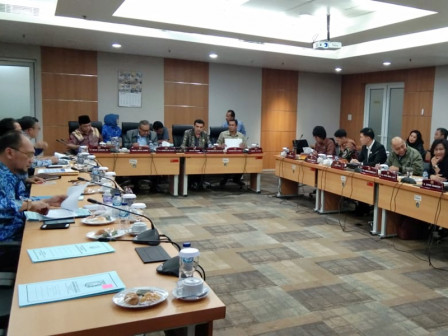 Assistant Secretary for Economy and Finance Sri Haryati disclosed, on October 16, the executive through Regional Budget Team (TAPD) had submitted a revision of the draft 2020 KUA-PPAS.

There is efficiency by Rp 6.5 trillion. It was done due to the unrealized revenue from the regional balance post amounting to Rp 6.39 trillion.

"We make adjustments to make the 2020 City Budget (APBD) more realistic," he explained.

"We want to work quickly and thoroughly. Moreover it must be closed by November 30," he stressed.

He added it would continue in the coming time before being taken to the Budget Committee (Banggar).

"Let's finish it with a full sense of responsibility in managing public money," he closed.