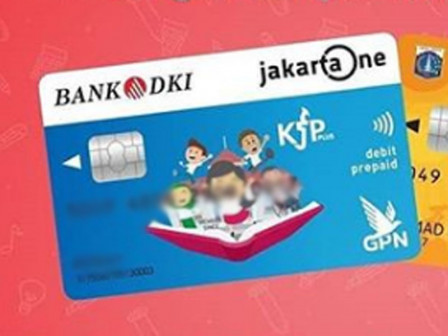 Access to education is one of social opportunities which is important not only for achieving a pleasant standard of living, but also for basic need that is used to play a role more effectively in broader economy-politic-cultural activities.

Through KJP Plus, we will not allow any Jakarta children to drop out school because of limited funds

The Founding Fathers have mentioned about the important of education. Thus, it became the constitutional mandate in the Preamble to the 1945 Constitution of Indonesia on the fourth paragraph that quoted "Subsequent thereto, to form a government of the sate of Indonesia which shall protect all the people of Indonesia and their entire native land and in order to improve the public welfare, to advance the intellectual live of the people and to contribute to the establishment of a world order based on freedom, abiding peace, and social justice".

Jakarta Smart Plus Card (KJP Plus)

As a form of responsibility and full implementation of the mandate of Law in order to educate the nation, Jakarta Provincial Government initiates tuition assistance for the success of the 12 Year Compulsory Education Program through Jakarta Smart Plus Card.

Tuition assistance for elementary school (SD)/MI/SLB is Rp 250 thousand per month with fund that can be spent Rp 135 thousand and periodic fund Rp 115 thousand. While for students who take education in private schools will get tuition fee of Rp 130 thousand.

Meanwhile for high school (SMA)/MA/SMALB students get Rp 420 thousand with total fund that can be spent Rp 235 thousand and periodic fund Rp 209 thousand.

Vocational school (SMK) students get the highest fund assistance of Rp 450 thousand per month with fund that can be spent Rp 235 thousand and periodic fund Rp 215 thousand. While for education development contribution (SPP) in private schools is Rp 240 thousand.

For students who study in non-formal school, Jakarta Provincial Government also give tuition fund only for those who pursue Equivalency Test (Kejar Paket) at Community Learning Activity Center (PKBM) with total Rp 300 thousand per month with fund that can be spent Rp 185 thousand and periodic fund Rp 115 thousand.

KJP Plus recipients who are in grade XII will get additional assistance of Rp 500 thousand for college entrance examination preparation or professional certification fee for vocational students.

Through KJP Plus, students who are from poor families in Jakarta will not only get go to school for free, but also get additional benefits in order to fulfill their school needs.

They can even get subsidized foods, free Transjakarta bus ride, Jak Lingko, and free tickets to enter tourist destinations such as Ancol, Monas, Ragunan Zoo, and museums.

"Through KJP Plus, we will not allow any Jakarta children to drop out school because of limited funds," he asserted, Thursday (10/17).

He explained, KJP Plus also supports children who are dropping out of schools and those who are not attending school to get education service in non-formal education unit such as school/learning activity studio (SKB), PKBM, LKP, or other non-formal institutions.

"We also provide KJP Plus for children who don't have opportunity to attend formal school. Tuition assistance from government can be distributed for children to school at non-formal school" he stated.

He added, KJP Plus recipient is also targeted to be expanded as regulated through Jakarta Governor Regulation No. 15/2019 about Jakarta Smart Plus Card. It says that KJP Plus to be also given for children of laborers/workers determined by Manpower and Transmigration Department, as well as children of small bus drivers of Transjakarta's partners who have integrated with Jak Lingko Driver Card.

"We want to improve access to education services fairly and equally, guarantee the certainty of getting educational services as well as improving quality of educational outcomes," he mentioned.

In order to get KJP Plus, children are required to be registered at formal or non-formal education unit, has Non Capable Certificate (SKTM), domicile in Jakarta and registered in Family Card (KK) of Jakarta Province, then also registered at BDT or other data resources determined by Governor's Decree. Further information related to KJP Plus can be accessed via web https://kjp.jakarta.go.id.

Responses from KJP Plus Recipients' Parents

Muzakir, Pinang Ranti Urban Village Resident of Makasar, East Jakarta, conveyed that KJP Plus can be a solution because it facilitates their children to get 12-year compulsory education without worrying about education fee issues.

"All parents definitely wants their children to school as high as possible. But we can't do anything without money. Thus KJP Plus really helps us the poor," he said.

Meanwhile, one of parents who get benefits of KJP Plus, Marliana, resident of Serdang Urban Village of Kemayoran, Central Jakarta said, her side not only gets tuition assistance, but also able to fulfill her children's nutritional needs since her side can buy foods in affordable prices.

"Alhamdulillah, just seeing our children go to school already makes us happy. Moreover, they can get nutritious intake from foods. Thank you, Mr. Anies," she expressed.

"We are highly appreciated and proud of Mr. Anies who is concerned about education sector and children development," he said.

According to him, through education sector, Jakarta not only becomes advanced, but intellectual people of Jakarta which are produced from his innovations will not only contribute for the city, but also for nation and country.

The higher education level, he continues, also correlates with well-being and happiness in the family. Because education level is also a reference for companies to accept them to work and determine the salary standards.

"The higher the education level, the higher the salary. That high salary will be not only used to fulfill their own needs, but also their families, especially to make parents happy," he stated.

To find out more about achievements made over two years of Anies Baswedan's leadership as Jakarta Governor can be accessed through jakartaberkolaborasi.beritajakarta.id. 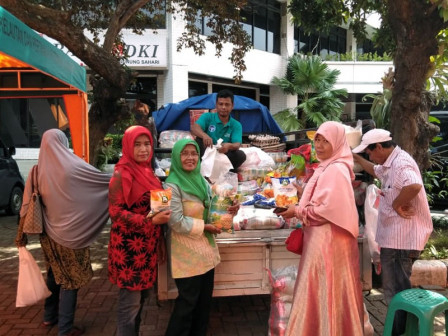 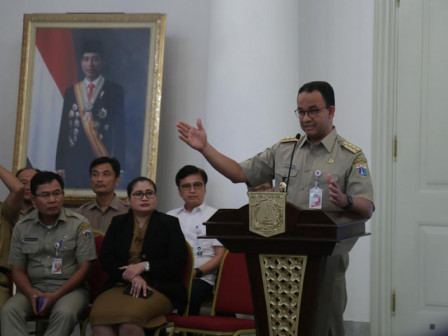 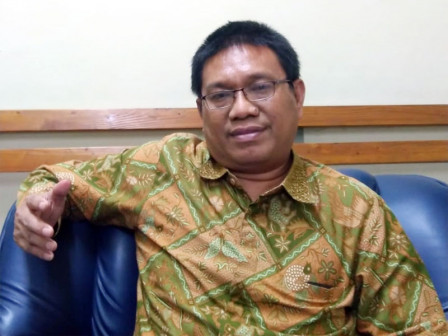