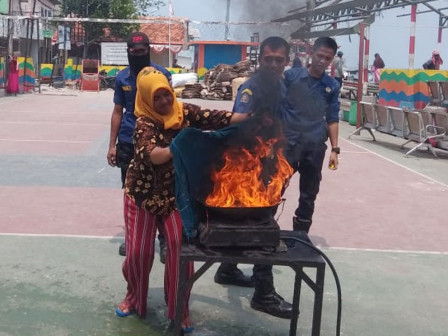 As many as 20 cadres of PKK and Dasa Wisma in RW 02, Panggang Island Urban Village, North Thousand Islands were educated about fire prevention held in the volley court, Panggang Island Pier.

"We teach them how to deal with leaks in gas cylinders and how to use the fire extinguisher portable (APAR). They are very excited," said North Jakarta and Thousand Islands Fire and Rescue Sub-agency Head, Satriadi Gunawan, Monday (10/4).

Panggang Island Urban Village RW 02 Chairman Bahrun uttered that he thanked the sub-agency that had held training and socialization to his citizens.

"By so it is expected to minimize fire case in the future," he hoped.