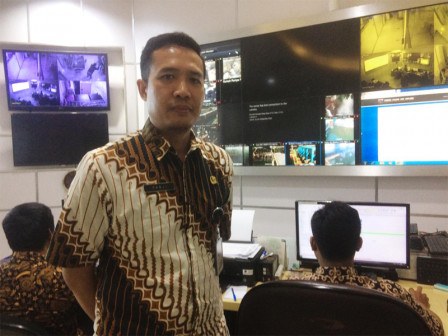 " Complete set of CCTV installed in each locations"

"We use IP CCTV that supports remote operation, infrared technology, then we can also adjust its display direction, zoom out and zoom in. We operate it from our central command room," he said.

According to him, 15 of 102 CCTVs which are procured through City Budget (APBD) 2019 have been installed.

"Those CCTVs are very useful for security and ease the superv ision," he closed.