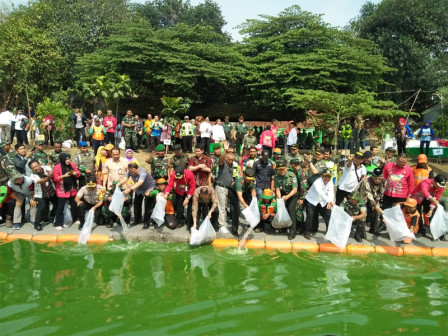 " Residents can fish it after 3 months"

In this chance, his side used gift type of tilapia fingerlings since it is rich in nutrition. People can fish it for consumption after it is aged at least 3 months old.

"After 3 months, because fish at that age have more meat and high in protein," he explained.

His side selected  'gift' type tilapia fish because this type of fish is very suitable to live in freshwater such as reservoir. Moreover, he continued, this type of fish can last a long time and has very high nutrition.

"Residents can fish it after 3 months and it can only be taken by fishing," he asserted.