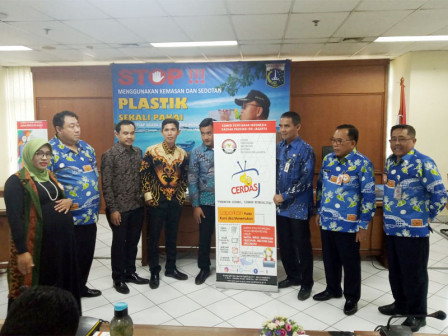 Through this socialization, Jakarta KPID Deputy Head, Rizky Wahyuni mentioned, her side wants to encourage people to care about broadcasting and create broadcast with high quality starts from smallest unit of society. Thus her side needs urban village and sub-district heads' supports to educate their residents.

"We want to increase public involvement in monitoring broadcast content thus its quality could be better," she expressed, Thursday (9/26).

In the future, she continued, her side will install banner at urban village and sub-district offices that informs people to report when they found unappropriate broadcast contents and create a community that concerns about broadcast in Thousand Island.

In the other hand, Thousand Islands Regent, Husein Murad appreciated smart audience education initiated by Jakarta KPID and instructed urban village and sub-district heads to continue giving socialization and education to their residents to be more smart and wise in watching television.

"We will help to form community that concerns about broadcast in Thousand Islands," he stated.