City to Form Waste Management Agency in Each Regions 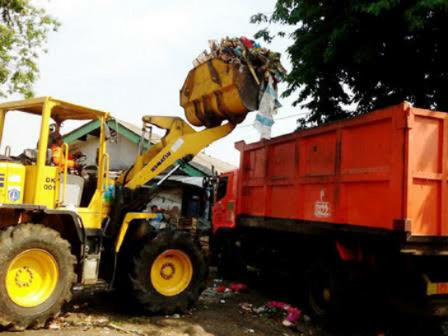 Jakarta Provincial Government will form waste management agency in each regions as regulated in Regional Regulation No. 3/2013 about Waste Management.

" We have 22 RWs as the pioneer of this Samtama Movement"

According to him, Samtama is a community movement that is held to reduce and process waste directly from its source. At the beginning, there are 22 RWs that will be the pioneer of this movement and later it will be replicated to all RWs in Jakarta.

"We have 22 RWs as the pioneer of this Samtama Movement. Later, activities that are significant in reducing waste from its source will be shared to other RWs," he explained.

According to him, movement to reduce waste from its source should be done massively since Bantar Gebang Integrated Waste Management Facility (TPST) in Bekasi, West Java, will be full soon.

"Bantar Gebang TPST will last for the next three years. Thus we want to start from paradigm shift in treating waste; sorting, utilizing, processing, and disposing its residue," he asserted.

"Thus, we should plot a waste management master plan. Waste management and waste planning documents in Jakarta are included as the most complete document since 1989 where Arkonin has done research before in Bantar Gebang," he conveyed.

In the master plan, he continued, waste management from Jakarta will be divided into two big areas. For the west side, waste is planned to be transported to Ciangir Final Waste Processing Site (TPA), while Bantar Gebang TPA in Bekasi is for east side.

"The main waste problem in Jakarta is its huge amount. Waste is projected to reach 10 thousand tons per day in 2020. Thus it needs optimization of waste restriction besides waste reduction," he explained.