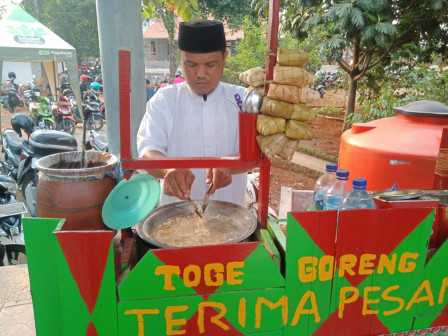 As experienced by an iced selendang mayang seller, Hafidh (25) said that his earning has increased more than 100 percent.

Similar statement also comes out from a kerak telor seller, Udi. He has managed to earn Rp 1 million after selling 100 servings.

There is also a toge goreng (fried bean sprouts) seller, Sobar (45) expressed that his earning has reached Rp 7.5 million.

"Alhamdulillah I got lots of buyers," he said.