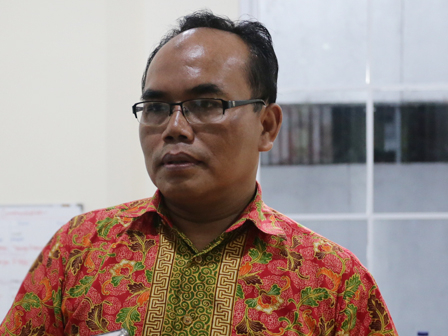 " Registration has been opened since September 1 and will close on October 10. Then the winner will be announced on October 20"

Jakarta KPID Chairperson, Kawiyan said, the competition is divided into two categories, namely school/college students and general. To join it, every participant must have Jakarta ID card.

"Registration has been opened since September 1 and will close on October 10. Then the winner will be announced on October 20," he expressed, Thursday (9/12).

There are two ILM video themes that are contested namely "Wisely Choosing Television Shows" and "Better to Use Jakarta Public Transportation". The video works must have duration of 30-60 seconds.

Through this competition, Jakarta wants to invite the public and students to participate in campaigning the interests of broadcasting that are healthy, quality and educate the public in accordance with the chosen theme.

"Many Jakartans and students have ideas and creativity to be written in the form of short videos that can be uploaded by the public to do good," he explained.

Aside that, the competition also prepared a lucrative prize worth Rp 30 million, Jak Lingko Card from MRT Jakarta and an award certificate.

"We are looking for first, second and third winners. For First winner, the video will be published on MRT and Jak TV monitors," he closed.