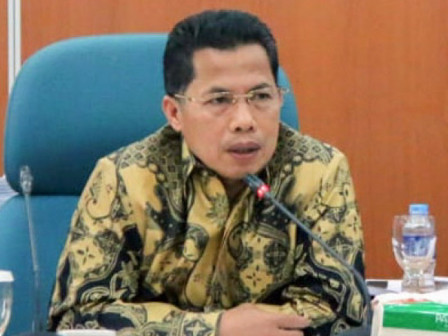 " I expect SKPDs to be more accurate in making budget draft"

In this meeting, five DPRD commissions conveyed their reports regarding KUA-PPAS 2019 Revision draft proposed by TAPD.

Commission A Chairman, Matnoor Tindoan reminds local government department/agency (SKPD)s to be more careful and accurate in compiling budget draft for every activities.

"I expect SKPDs to be more accurate in making budget draft. It should be as detailed as possible," he asserted at Jakarta DPRD Building, Tuesday (8/13).

Commission C Member, Cinta Mega also encourages executives to review their tax target because until second quarter of 2019, they just achieve about 30 percent from its total target.

"Commission C recommends BPRD to lower their target in 2019 into Rp 41-42 trillion," she stated.

Jakarta TAPD Head, Saefullah responds that his side will ask Local Development Planning Agency (Bappeda) to inventory all DPRD member's inputs in commission note. Besides, council also recommends his side to cut Rp 2.5 trillion budget in KUA-PPAS 2019 Revision draft because Audit Board (BPK) has projected unspent funds (SiLPA) at end of fiscal year 2019 as much as Rp 12.17 trillion.

"It is a valid amount from BPK, thus we need to follow it," he said.