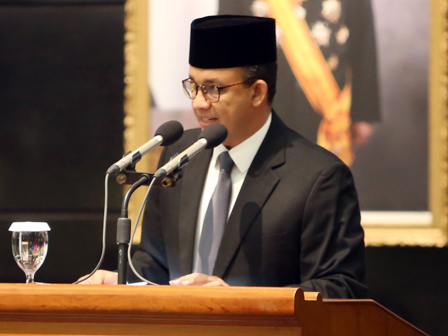 Thank you for your high appreciation for the questions, suggestions, and comments that you have submitted

Jakarta Governor Anies Baswedan, responded to the general view of the City Council (DPRD) factions on the responsibility of the 2018 City Budget (APBD) and amendment in three bylaws.

Those bylaws in question were number 3/2013 about waste management, number 5/2016 about formation of regional equipment and number 9/2011 about vehicle ownership transfer fees.

Anies appreciated the entire legislative ranks that gave suggestions, criticisms, and comments on the bylaw amendment and the achievement of maintaining an unqualified opinion (WTP) from BPK on the 2018 financial report.

"Thank you for your high appreciation for the questions, suggestions, and comments that you have submitted," he expressed as quoted from Jakarta PPID press release.

All ranks under Jakarta Provincial Government continue to conduct strategic efforts in increasing the local revenues.

Regarding local expenditure, he added, the city emphasizes improving the quality of the community and fulfilling the basic needs of facilities and infrastructure services by paying attention to the principles of prudent, efficient, effective and accountable financial governance.

Then related to draft bylaw about amendment on Bylaw Number 3/2013 about Waste Management, he absorbed a lot of suggestions for waste management. In the future, his party would have an Intermediate Treatment Facility (ITF) for efficient waste management.

He assessed that waste management without ITF reached Rp 36,122 per ton and Sunter ITF Rp 246,596 per ton, thus there was a waste processing efficiency by Rp 115,526 per ton.

"We appreciate such faction's suggestions about ITF development and zero waste movement," he uttered.

His party also appreciated a proposal about amendment in bylaw number 5/2016 about formation of regional equipment and number 9/2010 about vehicle ownership transfer fees.

"Principally the executive agreed on the arrangement of regional equipment aimed at reformulating the structure of the institution. While the vehicle ownership transfer fees which had increased was aimed to increase local income and make citizens prefer public transportation in the future," he stated. 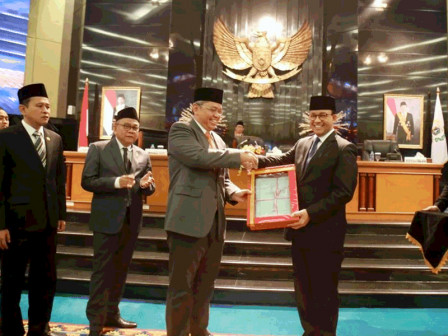 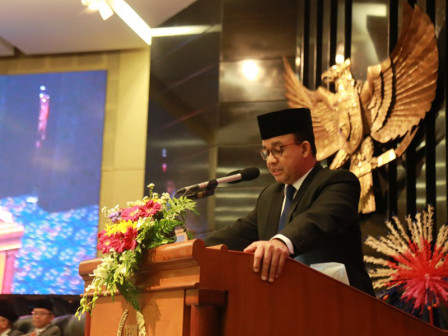 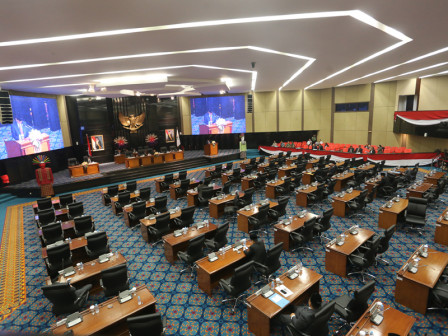