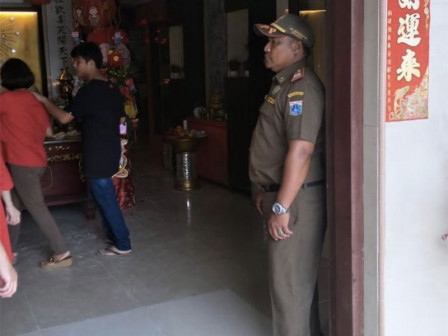 115 personnel of Satpol PP are sent to smoothen the celebration of Imlek (Chinese New Year) in five monasteries, entertainment places and shopping centers in North Jakarta.

North Jakarta Satpol PP Head, Rony Jarpiko said that those have been on standby since February 1.

"Each monastery has five personnel who are on standby from morning to night. And the rest of them are placed in entertainment places, like Ancol and shopping centers," he expressed.

"Especially monastery in Ancol, we send eight personnel, as most crowded," he stated.