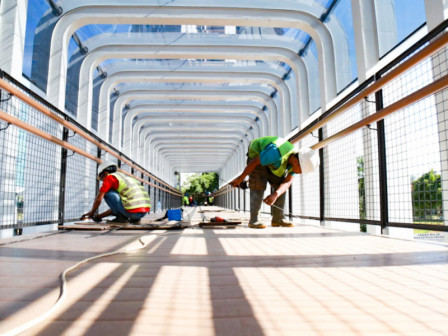 " Our target is to complete them in mid of January"

"This JPO has a special design called 'twisted ring'. Its complexity is a part of our challenge in installing this JPO's ceiling," he conveyed, Tuesday (1/8).

"Revitalization process of those two JPOs has reached 85 percent. Our target is to complete them in mid of January," he stated.

Meanwhile, Polda Metro Jaya JPO construction takes a little longer due to additional structure on the west side.

"Our target is to compete Polda Metro Jaya JPO on February," he added.

According to plan, GBK and Bundaran Senayan JPOs' designs are very different from the existing JPOs. It is made more modern and artistic. It is also using very sloping ramp and elevator to provide convenience for people with disabilities, elderly, and pregnant women.