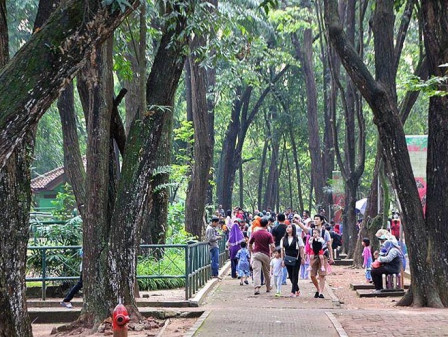 " We open ticket lockets in each entrance gates, including emergency gates with total 50 counters"

"We open ticket counters in each entrance gates, including emergency gates with total 50 counters. On regular day, we only open 30 counters," he informed, Sunday (12/23).

Entrance fee on holiday is the same as for regular day. Ticket for adult is Rp 4,000 and children is Rp 3,000 per person. "The price is still the same. But it is only for entrance fee, which is not included ticket for rides inside of the zoo," he added.

"Visitors should obey these rules. We remind them by installing banners in each animal's cage so that animals wouldn't stress easily. We also deploy personnel near each cages," he mentioned.