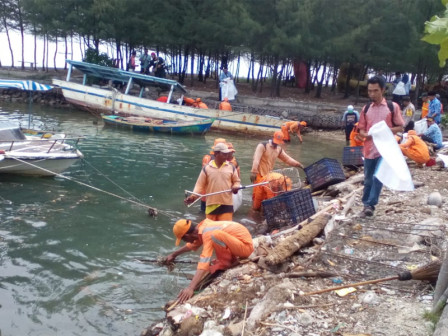 Entering rainy season, waste from rivers in Jakarta is piling up on Seribu Islands waters.

He explained, his side collected 30 cubic meters of waste from this activity and transported to the mainland using KM Laut Bersih boat.

In the future, his side will intensify cleanliness movement on island's coastal areas, especially in inhabited islands during rainy season.

"It is done because it is not a small amount of waste from Jakarta which is carried by the sea currents to the island's south coastal area," he mentioned.

"Waste that we have collected is mostly plastic packaging waste," he conveyed.