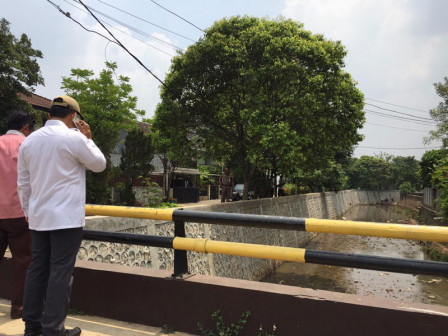 "Thanks to God, South Jakarta SDA Sub-dept. has repaired and elevated the retaining wall. Hopefully there is no inundation in this settlement when the heavy rain falls," he expressed, Thursday (11/22).

According to him, almost every week residents clean channels in this settlement together. It is done to prevent trash and mud from blocking water flow.

"We also clean small channels that lead directly to PHB during communal work," he stated.

"Hopefully this could prevent inundation, especially in RT 03, 04, 11, and 12. The point is, all locations prone to inundation have been handled," he explained.