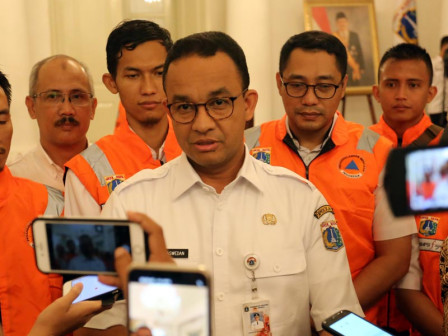 " Psycho-social team will be on duty for 10 days"

"Usually great attention is given on the first day of disaster by sending various aid. But one thing that needs to be understand, there are also invisible psycho-social impacts," he explained.

He stated, Jakarta has capabilities in fiscal and human resources.

"Jakarta Government felt the need to take responsibility both morally and constitutionally," he expressed.

He wants Jakarta psycho-social team can give a positive impact for victims in Lombok thus they can be recovered and productive again like the usual days before disaster occurs.

"We want to see them become productive and active again. Carry out this noble duty as well as possible," he conveyed.

For information, psycho-social team will on duty from October 25 to November 3, 2018. They have been equipped with various equipment to support their duty.