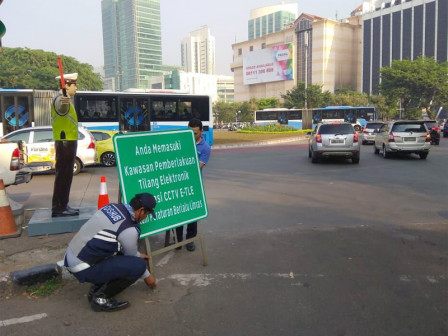 " RPPJ installation is a part of our socialization to road users"

"RPPJ installation is a part of our socialization to road users thus they know about electronic ticketing and ETLE policies," he mentioned, Wednesday (10/3).

He explained, Jakarta Dishub has installed poles that will be used for closed circuit television (CCTV) on Jl. Sudirman and Jl. MH. Thamrin where ETLE will be trialed.

"We hope road users can be more orderly in traffic," he stated.