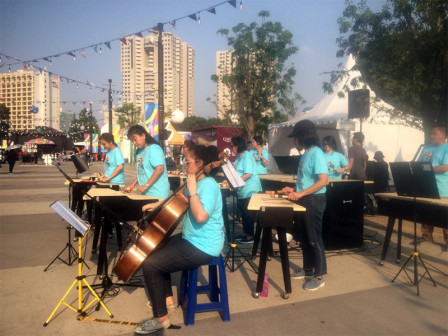 " Thumbs up for them, because their songs really represents Indonesia"

This group which members are mostly women attracts visitors and supporters on the location.

Meanwhile, Haikal (23) as one of Asian Fest visitor admitted to be entertained with Kolintang Suara Cendrawasih with its traditional music performance.

"Thumbs up for them, because their songs really represents Indonesia. They are women, but they are quite strong to play tens songs without much rest," he stated.