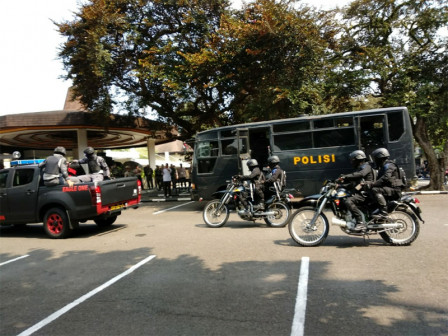 South Jakarta Resort Police holds security simulation at Pondok Indah Golf Course as Asian Games venue. This simulation is held to anticipate any security disturbances that could be happened on the field.

According to him, this simulation is done to show police preparedness in securing the area. At least there are 600 personnel who will guard in South Jakarta during Asian Games.

"South Jakarta has 600 personnel and it will be backed up from other institutions," he added.

He mentioned, security will be focused in two Asian Games venues in South Jakarta, which are in Golf Course and Bulungan Sport Center (GOR) for volley sport venue.

"Besides, we need to secure several places to create a safe, orderly, and conducive atmosphere," he conveyed.