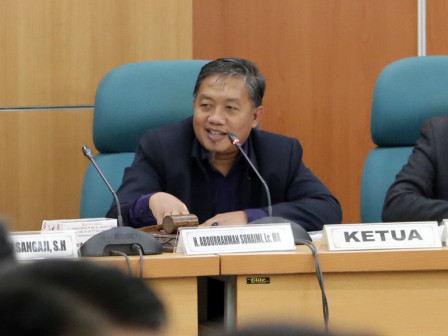 City DPRD appreciates the performance of PT Mass Rapid Transit (MRT), as it is deemed timely in working on the project of Phase 1 MRT (Lebak Bulus-HI Roundabout).

" It runs in accordance with procedures and on time. We're very appreciative of their performance"

Abdurahman Suhaimi, Chairman of City DPRD's Commission B said, during work meeting on discussion of the yesterday's BUMD performance, PT MRT reported the progress of the Phase 1 MRT project has reached 94.6 percent with details of 96.87 percent of the bottom line and 92.87 percent of overpass.

"It runs in accordance with procedures and on time. We're very appreciative of their performance whereby it can be on time," he expressed, Thursday (7/12).

He continued a trial must be done. It is deemed to be a marker of transportation in the capital that is growing rapidly.

"MRT train has started to arrive and it is expected that the feasibility will soon be tested. So let our people know the transportation in Jakarta is getting more advanced," he stated.