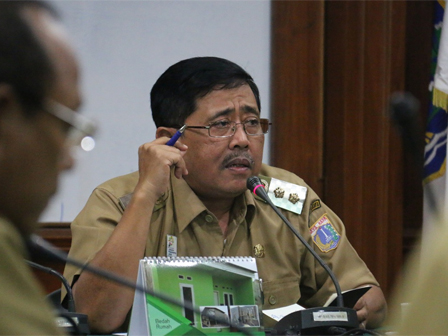 North Jakarta Administration continues to prepare for Asian Games XVIII event that will be held i n August. One of its preparation is to conduct Asian Games replica torch parade by touring the villages.

North Jakarta Deputy Mayor, Junaedi said, it is a way to socialize Asian Games XVIII to residents before it is held on August 18.

"Until today, there are some people who don't know this event yet. Thus we will hold Asian Games replica torch parade by touring the villages," he conveyed, Monday (6/25).

According to him, it is important to announce Asian Games to all residents since it is Asia's biggest sport event, especially some Asian Games venues are located in North Jakarta.

In this parade, he mentioned that athletes, role model teachers, and public figures will also participate. According to plan, replica torch will be carried from one urban village to the others across RT/RW and it will be ended in each sub-district offices.

"Torch will be placed in Sunter GOR and it will be given to Seribu Islands Regency on August 17," he said.