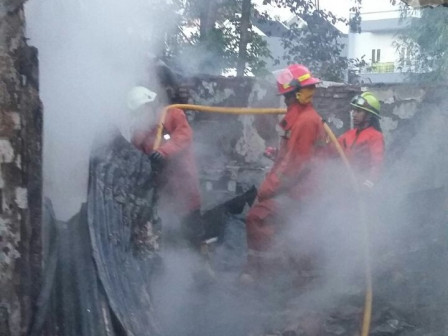 Fire destroys tens of homes on Jalan Sensus, RT 07 and 08/RW 04, Bidara Cina, Jatinegara, East Jakarta this morning. Allegedly it was caused by leakage of gas tube belonging to one of the residents.

Gatot Sulaiman, Division Head of East Jakarta Fire and Rescue Sub-dept. stated his side got fire report at 2.54 AM. At that time, he was immediately sending 11 fire trucks to the scene.

We managed to control the flames within four hours.

"They then rushed to Polri Kramat Hospital for further treatment," he expressed.

"We're currently recording the data of the fire victims and preparing logistic aid," he said.