Locations Crossed by Asian Games Torchbearer will Be Arranged 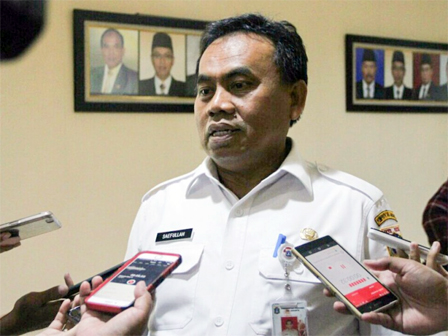 (Foto : / Beritajakarta.id)
City Secretary, Saefullah asks mayors and its staffs to soon arrange the environment in his region that will be lighted up by the parade torchbearer for 2018 Asian Games.

He disclosed, they can invite the local people to participate actively in arranging the environment to be clean, beautiful and neat, thus the athletes and officials of the countries participating in the Asian Games have a positive impression on Jakarta.

"It's important to be done to make the environment more clean and beautiful," he stated, Wednesday (5/23).

"Later, approaching the torch parade and Asian Games, I will check whether the places are really ready or not," he said.