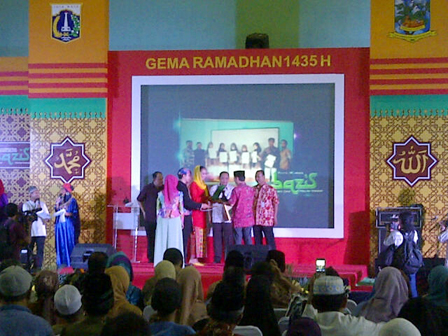 South Jakarta Muslim Charitable Donations Board (BAZIS) distributes donation as much as Rp 671,800,000 to 1,752 underprivileged people (mustahiq) who consist of 1,021 orphans and the poor as well as 731 TPA, madrasah (Islamic school), Quran recital teachers, and mosque caretakers (marbot). The orphans and the poor get Rp 300 thousand each, while TPA, madrasah, Quran recital teachers, and mosque caretakers get Rp 500 thousand each.

“In this Ramadan, we distribute donation in a total of Rp 671,800,000 to 1,752 underprivileged people. Besides to help our brothers and sisters, this donation is also a form of reward to those who have shared their knowledge and power for goodness,” uttered Head of South Jakarta BAZIS, Sutriana Leila, Thursday (7/17).

Meanwhile, South Jakarta Mayor Syamsuddin Noor told that with this donation, it could develop a greater sense of belonging.

“By giving alms, we could develop a greater sense of belonging with others. In the future, the amount (of donation) needs to be increased, especially since this year South Jakarta gets first rank as most alms collector throughout Jakarta,” he stated.

Siti Hawa (16), one of donation recipients, admitted happy getting it from South Jakarta BAZIS.

“Alhamdulillah (thank God). I’ll use this donation to buy school equipment,” she expressed.