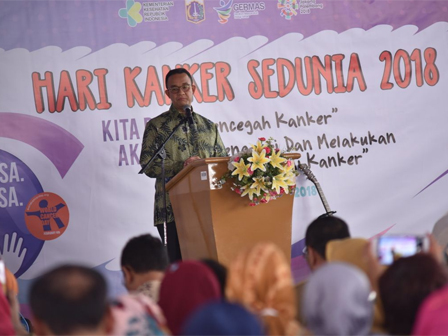 Jakarta Governor, Anies Baswedan reminds people to detect cancer early since it has a high risk of death.

" Early detection is the basic thing to prevent cancer"

According to him, early detection is the best thing to handle and cure cancer patients. Many cancer patients can't be cured because most patients did not check it early or too late to treat it.

He informed, number of people who conducted cervical cancer early detection in Jakarta in 2017 is increased 114 percent than the year before. Thus Jakarta Provincial Government keeps committed to reach the citizen and make them easier to detect cancer early.

"Besides Puskesmas, we also prepare ambulances to reach people and give check-up service for free," he said.