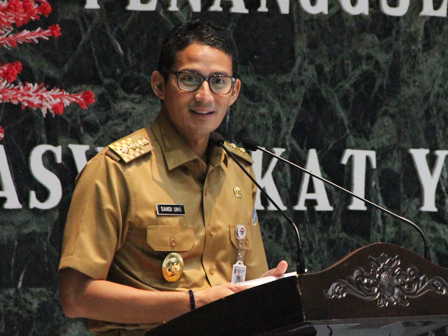 He disclosed Jakarta Provincial Government is committed to make policies that favor poor people, either it is from job opportunity or business opportunity.

"We have OK OCE that will facilitate people to work and create business opportunity," he expressed, Tuesday (12/12).

According to him, efforts to alleviate poverty can be done with synergy between government and society.

"We want Jakarta to be more developed through the synergy between the government and society," he explained.

He added there are two main pillars to empower the people in the effort to alleviate poverty. First, that is by providing affordable credit and second is the target of women's program.

"The involvement of women has an important meaning for family economic empowerment," he said.