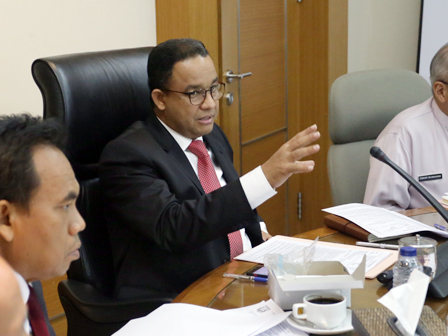 Jakarta Governor, Anies Baswedan expressed, river normalization is not only aimed to minimize flooding, but also to fix the river ecosystem for the better.

"We want the river to be a good ecosystem place. It doesn't just speed up the water flow but the arrangement of a good ecosystem, commonly called the naturalization of the river," he expressed, Thursday (11/16).

As the initial phase, he added, it is focused on cleaning in order to anticipate flooding. Further, in the long term, rainwater is not only poured into the sea, but can also be absorbed into the soil.

"While the short term, it's prioritized to prevent flooding. And for the long term is not enough with such prevention, there must be a significant change," he closed.