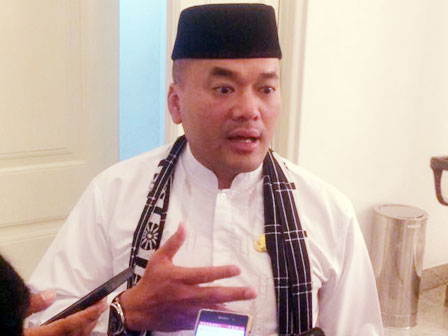 Thousands of PHL personnel or usually called by blue troops are spread in Jakarta areas prone to flood and inundation.

Jakarta Water Resources Dept. Head, Teguh Hendarwan said, his side has done things to anticipate flood and inundation in Jakarta. Such as to accelerate dredging work, starting from water channel (PHB), micro, and macro.

He explained, blue troops will be prepared in areas prone to inundation and flood. Thus when inundation or flood happens, they can handle it fast.

"They are ready to handle flood and inundation thus can recede quickly. Because inundation usually happened due to trash which clogged the channel," he said.

Besides blue troops, he continued, his side has also prepared facilities and infrastructures such as heavy equipment, mobile pump, pump house, and others.

"There are 145 pump houses in Jakarta. The preparation has reached 95 percent and all in good condition," he closed.