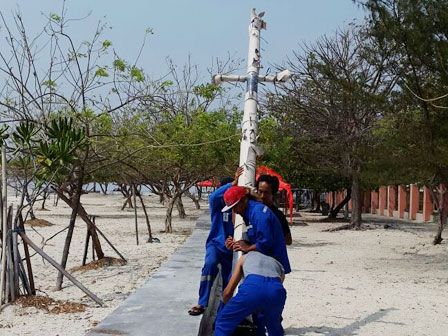 " All installations are targeted to be completed by the end of September. Total budget is around Rp 600 billion"

"Decorative lamps will be placed in 58 spots in five locations. Recently, the progress has reached 85 percent," she mentioned, Tuesday (9/5).

She explained, decorative lamps installation is one of residents' aspirations that submitted in development planning discussion (musrenbang) in 2016.

Its progress has been started since early of August and it has been installed in several locations such as in Untung Jawa Island, Panggang Island, Tidung Island. While 19 spots in Pramuka Island and 9 spots more is still not installed yet.

"Lamps in Sakura Beach and Panggang Island are already on, while in Tidung Island, the cable installation is on progress. All installations are targeted to be completed b y the end of September. Total budget is around Rp 600 billion," she closed.