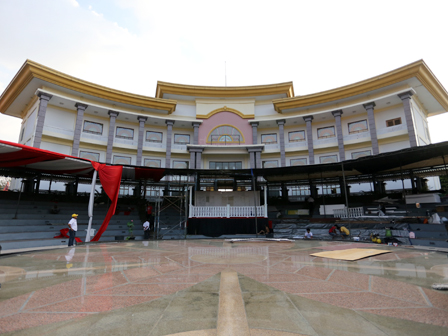 " We pay PLN for the additional power"

He stated additional power is related to the high demand for electrical, especially for the stage and 200 booths in the event. "The installation is provided by Bamus Betawi and power is from PLN," he told.

Despite the electrical is from PLN, he continued, there will be eight officers alerted to secure the power. They will be divided into two shifts per day.