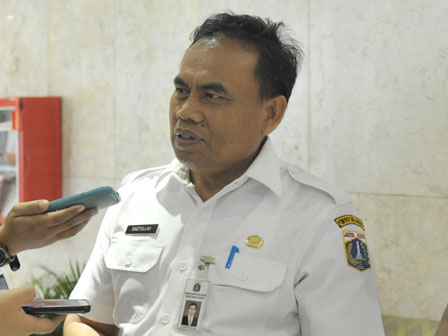 " Transportation Dept. will do traffic engineering around Setu Babakan. And continued with one-way system"

Eventually, one-way system will be applied at several points to avoid traffic jam. It is conducted to create comfort and safety of the visitors during the event takes place.

"Transportation Dept. will do traffic engineering around Setu Babakan. And continued with one-way system," he expressed, at City Hall, Wednesday (7/27).

According to him, traffic engineering prepared will effectively parse traffic jam. Moreover, access road toward the event is not too large.

It will be set on Saturday and Sunday or on July 29-30 at 6 AM-6 PM on Jalan Mohammad Kahfi II, starting from Jeruk Intersection until Warung Sila Intersection.

"Do not pass on Jalan Mohammad Kahfi II and Srengseng Sawah, as we want to use it to reduce the volume of vehicles," he told.

Besides that, his party also provides five parking lots around the event location. Those are able to accommodate 640 vehicles.

"Every parking lot has shuttle bus that will serve people toward Setu Babakan," he stated.

Even, 10 free feeder buses will also be deployed to serve the visitor.