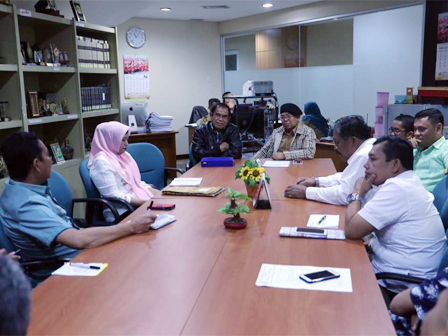 " We talk about draft bylaw that is being discussed"

Those were officially welcomed by two members of Jakarta DPRD Commission E that in charge of the Community Welfare, namely A. Nawawi and Hasan Basri Umar. Nawawi said, kunker was aimed to discuss the issue of the Draft Bylaw, especially about education.

"We talk about draft bylaw that is being discussed," he expressed, at City Council Building, Monday (6/5).

From such draft bylaw, he continued, Jakarta DPRD Commission E gave input to them regarding the importance of equal distribution of education without limitation of school type.