HI Roundabout will Be Beautified 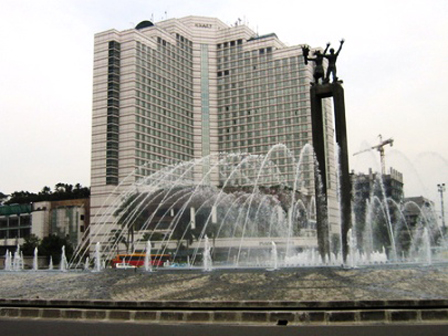 In welcoming Jakarta’s 487th anniversary, Jakarta Provincial Government will beautify HI Roundabout’s pool which will be used to hold the Youngster Night Festival, or popularly known as Malam Muda Mudi, on upcoming June 21.

"We get sponsor from a lamp company. They will install lamps to beautify HI Roundabout "

Jakarta’s 487th Anniversary Committee Chairman, Bambang Soegiono, said that HI Roundabout will be beautified by Jakarta Parks and Cemetery Department. Not only that, a lamp company would also give assistance through its corporate social responsibility (CSR) program.

“ We get sponsor from a lamp company. They will install lamps to beautify HI Roundabout . According to the schedule, Mr. Basuki (Acting Jakarta Governor) who will push the button as a mark of the opening of the new face of HI Roundabout,” he stated, Friday (6/6).

Head of Jakarta Parks and Cemeteries Department, Nandar Sunandar, informed that besides adding lamps, the work will also include installation repair. It is conducted to make HI Roundabout looks more attractive.

“We’ll repair the installation and the fountain as well,” added Sunandar without telling the budget spent to beautify HI Roundabout.

In 2011, HI Roundabout’s pool was also drained and repaired. At that time, the budget spent reached Rp 2.7 billion.