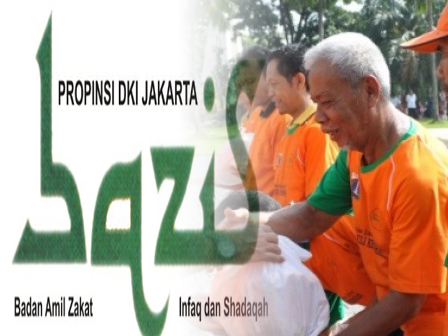 A total of 867 non-permanent employees (PHL) of North Jakarta Cleanliness Sub-Department received donation for as much as Rp 200 thousand each from North Jakarta Muslim Charity Collection Board (BAZIS). Donation was also given to 150 cleaning service employees.

"The total of today’s donation disbursed is Rp 951.4 million "

Head of North Jakarta BAZIS, Mohammad Alwi, explained that the donation comes from the fundraising result of alms, donation, and charity (ZIS) in 2013 in the amount of Rp 8.7 billion.

“ The total of today’s donation disbursed is Rp 951.4 million . The donation is also given to 500 orphans in six sub-districts in North Jakarta, with each orphan received Rp 300 thousand,” he stated, Wednesday (6/4).

Sandi Hakim (12), one of the orphans, admitted happy to receive aid from North Jakarta BAZIS. He promised to use the aid well.