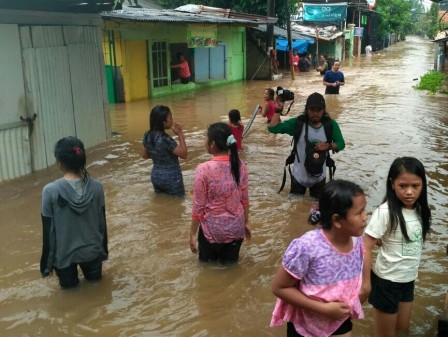 Residential of RW 03 and RW 04 Cipinang Melayu Urban Village, Makasar Sub-district, East Jakarta, flooded by Sunter River. Dozens of residents had to be evacuated to a location which is not flooded.

Only BBWSCC is authorized to install sheet pile. Later we will coordinate with them so this case can be followed up

Darsono (29), resident of RT 03/04, Cipinang Melayu, said he evacuated his wife and his two children because his house were flooded up to adult's waist or about one meter.

Cipinang Melayu Urban Village Head, Angga Sastra, stated about 150 houses at RW 03 and RW 04 were flooded with height from 30 to more than 100 centimeters. It occured because of no sheet pile installed along 1 kilometer of Sunter River's side.

"We already evacuated dozens of residents. We must move to safer place," he stated.

East Jakarta Water Resources Sub-dept. Head, Yazied Bustomi, added that his side handled this matter by installing levee which made of river stones with wire. For advance handling, his side will coordinate with Ciliwung-Cisadane Flood Control Office (BBWSCC) for sheet pile installation.

"Only BBWSCC has authorization to install sheet pile. W e will coordinate with them so this case can be followed up," he closed. 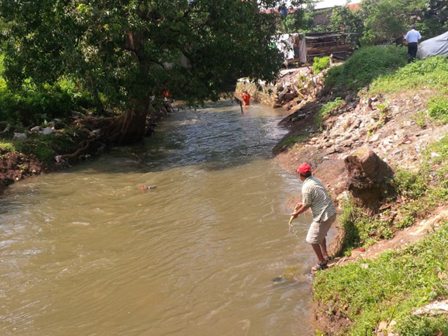 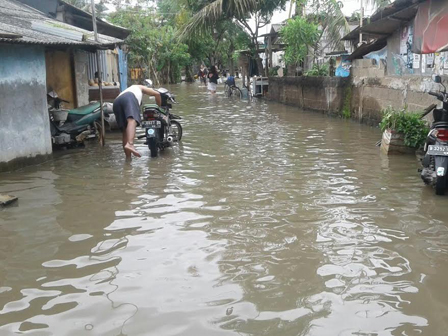