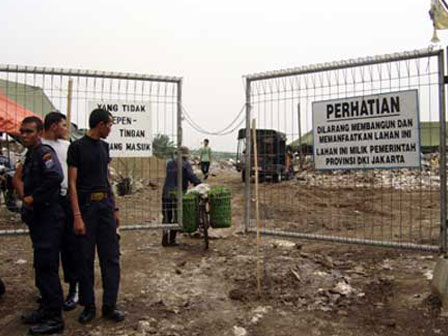 Because of the unclear status, we crossed out them from our program this year. We'll check the validity of the parks owner, thus we could propose repair work soon

The repair plan for Karapan Sapi Volker Park in Tanjung Priok and Rawa Badak in Koja, North Jakarta, is still not yet realized. The cause is unclear both parks' ownership and worried to cause problems in the future.

Based on beritajakarta.com observations, the parks condition is very worrying. The Sarapan Sapi Park inaugurated by North Jakarta Mayor, Suprawito in 1997, is not maintained well or strewn with wild plants and used goods. Similar condition is also spotted in Rawa Badak Park, Koja. The park is strewn with weeds and prone to flooding when rain pours. Then some facilities already damaged, like children's playground.

Anis, (48), a citizen of RT 08/13 Tanjungpriok disclosed the condition has been going on since a long time ago. "Like others, I keep a used wood in the Karapan Sapi Park. Indeed, the park is not maintained well, considering many fences also had been missing," she told, Friday (5/30).

Head of North Jakarta Parks Sub-Department, Muhammad Fajar Sauri expressed the parks' status is still unclear, thus his sub-department has not repaired the parks this year.

Those parks, he uttered, are actually included in the 40 parks and green belts that will be repaired this year. "Because of the unclear status, we crossed out them from our program this year. We'll check the validity of the parks owner, thus we could propose repair work soon," he said.

He added that, from information gathered, the Karapan Sapi Park stood atop a land belongs to PT KAI and Rawa Badak Park belongs to Public Works Ministry. "Later on, we will try to communicate with them first for repair work," he stated.

In overall, his sub-department has a budget of Rp 43 billion for this year. The budget allocated for the physical park project amounting to Rp 36 billion and Rp 7 billion allocated for expenditure of office stationary (ATK), socialization and planning. 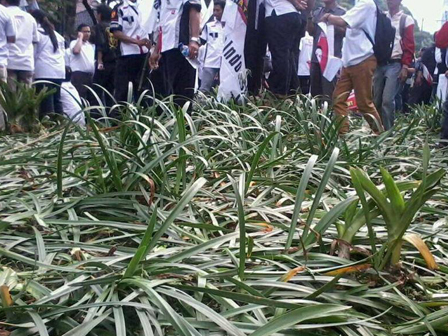 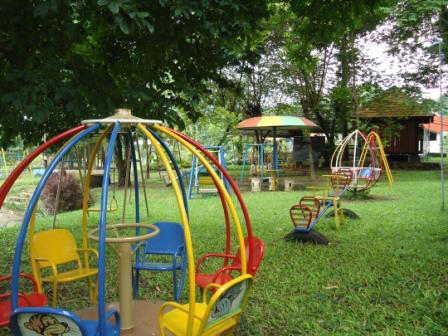