Tens of Health Facilities in Jakarta Have ARV Service 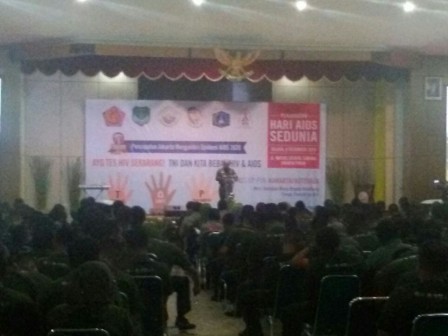 Jakarta Provincial Government continues to try suppress HIV and AIDS case in the capital. That is by providing services for HIV and AIDS treatment at tens of health facilities.

" We keep conducted socialization about how to anticipate transmission"

Jakarta Health Dept Head, Koemedi Prihartono disclosed, the number of HIV and AIDS patient in Jakarta is the highest in Indonesia. Since 2009 until September 2016, as many as 42,384 people are infected by HIV and 8,162 people by AIDS.

"Based on the population ratio, Jakarta is ranked fourth," he expressed, Tuesday (12/6).

He admitted, most patients have not done treatment. But only 16,698 people routinely undergo the treatment that is called the Antiretroviral (ARV).

"We keep conducted socialization about how to anticipate transmission. And directing for people living with HIV, to undergo treatment routinely." he stated.

In Jakarta, there have been 35 hospitals, 36 puskesmas, 6 Correctional Institutions (lapas) and 2 private clinics that serve HIV and AIDS using ARV.