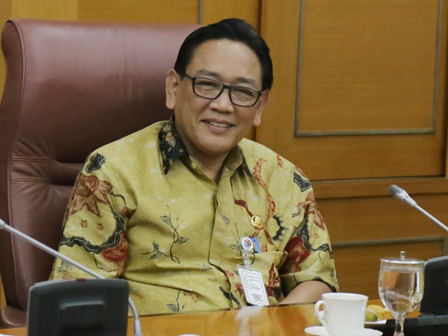 " KJMU receivers receive Rp 1.5 million. They are spread in 74 state-university around Indonesia"

The aid is given to fund Jakarta Smart Card (KJP) and Superior College Student Card (KJMU).

Jakarta Head Dept. of Education, Sopan Adrianto, said KJP is given for poor students of elementary to high school level, private and islamic boarding school. The fund to receive for each levels is different.

“KJP fund for private school student is bigger compared to state-school since they have to pay SPP. Students of state-school are not pay education fund,” he said, Sunday (11/6).

The fund will also allocated to 594 achiever college students in state-university around Indonesia.

“KJMU receivers receive Rp 1.5 million. They are spread in 74 state-university around Indonesia,” he added.

Meanwhile, Jakarta City Council Commission E Head, Pantas Nainggolan wants KJP disbursement supervision to be tightened. It’s because many poor people have not KJP yet, but rich people get KJP for their children.

“Supervision and disbursement of KJP must be better from year to year,” he stated.