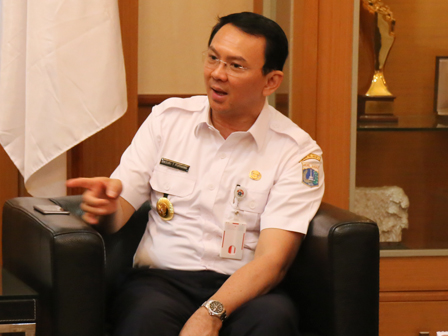 Jakarta Governor, Basuki T Purnama disclosed, Kalijodo arrangement is not only for RPTRA construction, but also other some facilities that will also be developed.

" This is not for RPTRA. Previously we have a wrong concept. So, there is only a small RPTRA in Kalijod"

"This is not for RPTRA. Previously we have a wrong concept. So, there is only a small RPTRA in Kalijodo," he disclosed, at City Hall, Wednesday (9/21).

From the four-hectare land, the RPTRA will only be made into the land as wide as 5,000 square meters. While the rest will be made as green open space (RTH) plus various facilities such as monument, jogging track, bike track, skate park, amphitheater, musala, park spotlight, street, kiosk, children's playground, gym outdoor, toilet, sound system, utility provision.

"Actually, there is park to play skateboard and bike. And would connect to RPTRA Jembatan 3," he expressed.

Basuki is optimistic arrangement can complete in the upcoming December. Its finance will spend Rp 20 billion and is done by private party. Currently, arrangement is still under land dredging stage.