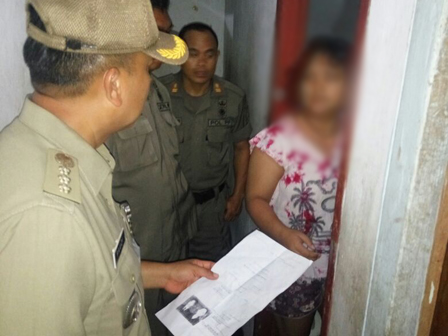 Hundreds of newcomers who have no Jakarta ID card were netted in population operation (Binduk) from some dorms on Jl Kampung Duri Barat, RT 09 and 10/RW 07 as well as RT 15 and 16/RW 08, Duri Pulo, Gambir, Central Jakarta.

" There are 106 citizens netted from eight dorms"

Based on Beritajakarta.com observations, binduk operation involved 25 personnel of Satpol PP, Population and Civil Document Sub-dept, urban village and sub-district. In the operation, the newcomers were investigated one by one.

"There are 106 citizens netted from eight dorms," he stated, Head of Gambir Sub-district, Monday (8/22).

He continued, the personnel then immediately ask them to process the temporary domicile certificate (SKDS). The operation will keep being intensified in the near future.

"We also warn the dorm owner to make a report to RT, RW and urban village if there is new customer from outside Jakarta," he finished.