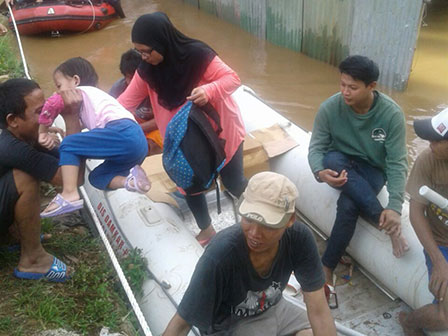 From two rubber boats in two locations, we managed to evacuate 43 people

As reported before, floods hit some residential that spread in East Jakarta up to 1 meter. Consequently, as many as 43 people had to be evacuated to a safer place.

"From two rubber boats in two locations, we managed to evacuate 43 people. They are from Bidaracina (37 people) and Gg Arus (6 people)," he told, Saturday (4/2).

According to him, water began to recede. Thus the boat at Gg Arus immediately moved to Bidara Cina. Then boat in Bidara Cina is still standby, for anticipating flood victims.

Based on Beritajakarta.com, until 11 AM, flood is still inundating Gg Arus Cawang, Kramat Jati. Until now, most citizens prefer to survive on the roof of the house. 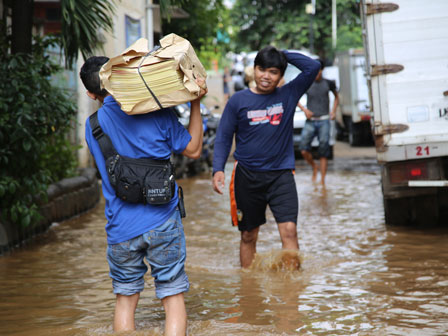 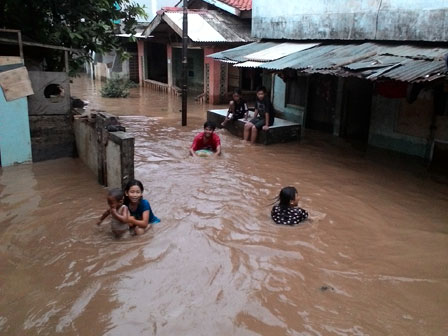 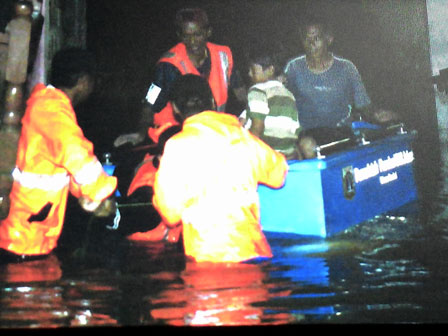 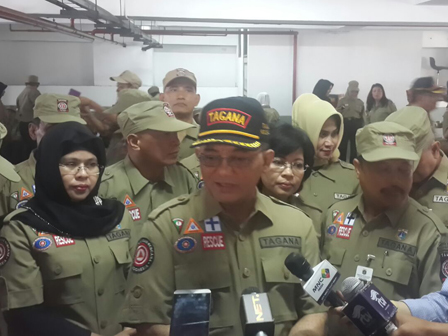 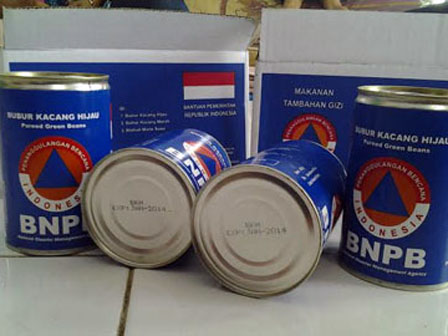