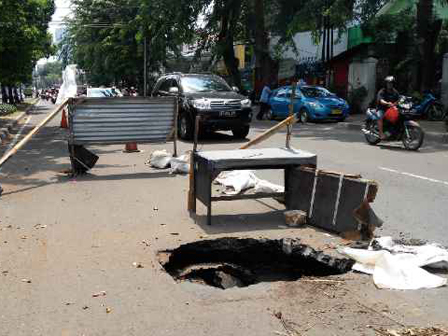 There have been seven motorcyclists fell here

An asphalt that is located on Jalan Pejompongan Raya, Bendungan Hilir Urban Village, Tanah Abang, Central Jakarta, collapsed. It caused pothole and is very dangerous for the passing motorist.

Based on Beritajakarta.com observations, pothole as deep as and one meter wide is seen on the right side of road from Pejompongan towards Jalan KH Mas Mansyur. At this time, traffic cone has been installed to prevent casualties.

Yaqub, (45), one of citizens said, the collapsed road has been going on since one week and has not been repaired.

"There have been seven motorcyclists fell here," he expressed, Thursday (3/24).

He added, such incident happened in the morning and afternoon. 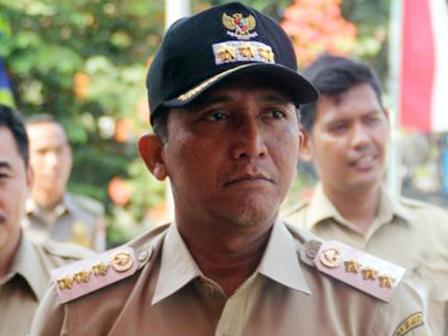 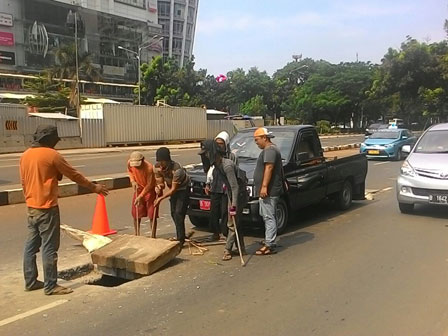 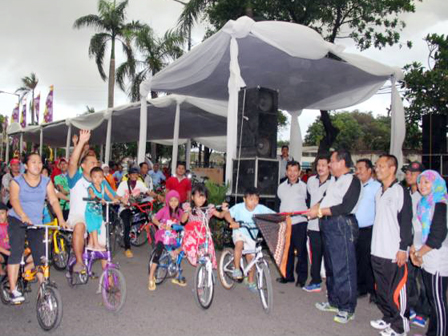 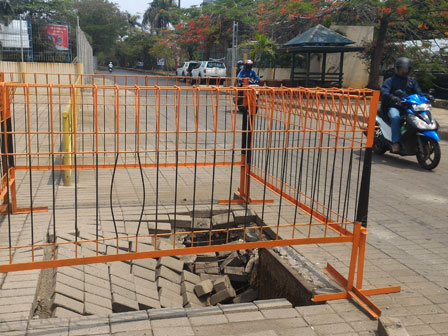