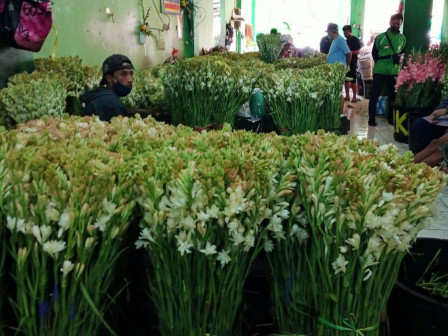 "We hold Online Flower Bazaar to prevent crowds thus traders can trade safely and expand the market," he said, Friday (2/12).

On the other hand, Jakarta KPKP's PPSHP Head, Wati Mutia explained, traders' daily income for all cut flowers during the bazaar increased by 468 percent or nearly five times of normal days during the pandemic.

According to her, tuberose are the most popular flower ahead of Chinese New Year. Because tuberose sales during online bazaar increased by 40 times from normal day during the pandemic.