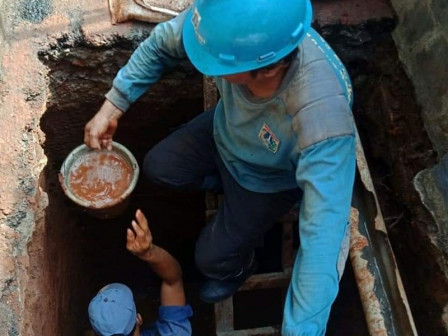 "They function to absorb water into the ground thus it is not completely wasted into the channel," expressed South Jakarta SDA Sub-agency Head, Mustajab, Tuesday (12/8).

"From 10 sub-district in Central Jakarta, it is not yet built in Setiabudi due to limited land," he expressed.

"This year we target to build 200 wells, but it is not realized yet, because of bad weather. That's why we'll continue in the next year," he stated.