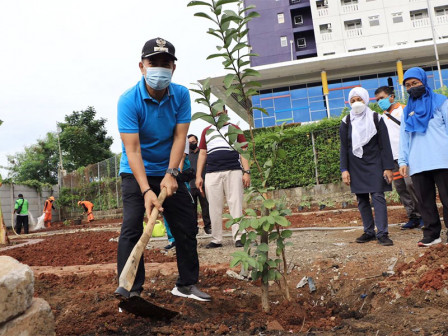 "Rawasari Urban Forest will be a community interaction space which equipped with children playground," he stated, Friday (11/27).

According to him, Central Jakarta Government will carry out similar arrangement in other sub-districts by utilizing unused land or green belt.

"We will optimize the use of green belt," he mentioned.

"There are variety of plants, such as watery rose apple (locally known as jambu air), black plum (jamblang), and medicinal plants," she conveyed.