Senen Extension Underpass will Be Decorated with Betawi Ornaments 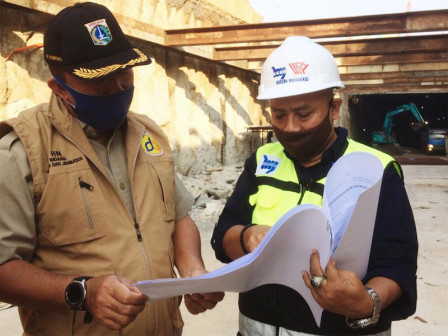 The Jakarta Bina Marga Agency is about to beautify the Senen Extension Underpass, which is currently being built with Betawi ornaments.

" In making such an infrastructure, we will certainly still accommodate local wisdom, one of which is Betawi ornaments"

Not only that, other ornaments that represent Betawi culture will also decorate other supporting facilities such as bus stops and the Pedestrian Bridge (JPO) in its surrounding areas.

Jakarta Bina Marga Agency Head Har i Nugroho said his agency had communicated with the Betawi Cultural Institute (LKB) in order to accommodate the values of local wisdom, especially Betawi culture, in every infrastructure built.

"In making such an infrastructure, we will certainly still accommodate local wisdom, one of which is Betawi ornaments," he explained, Wednesday (9/2).

He detailed the underpass would use the sopi-sopi motif and the Betawi Langkan Fence. As for the elevator house at the Pasar Senen JPO in front of the Senen Cinema would use the gigi balang motif (wooden Betawi ornament).

He added it was an effort to preserve Betawi culture. Besides being full of Betawi culture, the bridge would also be decorated with RGB lights that displays vibrant colors

"Of course this will steal the attention of local residents. RGB lights like in Sudirman can be a hundred colors," he closed.